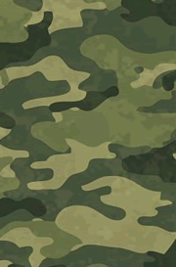 The club during the 1930’s until the 1980’s had projects that planted over thousands of cover pants, shrubs, flowers , trees consisting of Chestnut, Olive, Evergreen and food bearing plants along the Mill Creek in the three townships ( East-Lampeter, Leacock and Upper Leacock) during this period they also stocked Mill Creek with catfish, suckers, sunfish, blue gills, perch and tadpoles. During the 30’s until the 90’s they also raised and released quail, pheasants, rabbits and ducks (Mallards and Wood) along Mill Creek , local ponds and throughout the three townships. They also held contests and prizes were awarded to members who harvested the heaviest rabbit, pheasant, squirrel and for the largest antlered deer. They also rewarded the member who brought in the most memberships. The club along with local Boy Scouts built duck boxes, bird houses, rabbit traps and game shelters to be used along Mill Creek and game preserves. They took aim at game conservation projects, feeding wildlife and teaching youth.

The club sponsored Boy Scout contests, patrolling and protecting land refuges, making repairs to dams and cleaning up along Mill Creek were some of the tasks. During this period the club also worked with the PA Game Commission, land owners and farmers along the creek to have wildlife refuges and game preserves created on private land and woodlots.

The club found, that by law observance and co-operation with the farmers and land owners that many signs could be removed, and numerous shelters built. Extensive feeding had been done by club members and local farm boys and they also had tons of feed available for emergency feeding, donated and stored by local millers. During these years the PA Game Commission praised the club for their conservation work and efforts. Through the courtesy and sportsman like generosity of owners Mr. Fred Wiker and Mr. W. M. Coventrey, the Yeates School property (later known as the Lancaster Mennonite School) was offered as a game refuge.

This tract was over one hundred acres; it consisted of woodlands, stream, and other terrain ideal for the propagation and conservation of fish and wildlife and was developed by the club into what was considered one of the finest retreats in this part of the state. Many permanent shelters, feeders, rabbit hide-outs and other conservation work was accomplished as a W.P.A. project. It was stocked by the club and patrolled during the hunting season even though hunters realized the value of this project and cooperated 100%. To this day the association is actively involved in stream conservation and wildlife management efforts along with promoting sportsmanship, education and safety through HTE courses, and marksmanship along with firearms safety. Through offering quality firearm’s classes and safety lessons to youth and adults, the club was a positive addition to the county.