It was the opinion among the Sportsmen and Fishermen of the community (Bird-in-Hand, Bareville, Leola, Leacock, Intercourse, Monterey, Ronks, Smoketown, Soudersburg and Witmer) that the PA Game Commision stocking program was inadequate compared to the number of hunters who went into the field and the number of fishermen (especially from outside the county) who fished the streams in the community. They realized that if they were to enjoy their sport in the future, they must organize and help themselves.

Experience gained from press reports of the programs of Sportsman’s clubs throughout the county, they became enthused and arranged a pre-organization meeting in the Bareville fire hall in September 1936. Allen Wiker was named temporary chairman of this meeting. A committee of twelve men were appointed to act as a nominating and By-Laws committee, to meet in Intercourse on October, 6, 1936. At a following meeting in October they adopted their By-Laws and unanimously elected the men as proposed by the committee.

Original Club Mission Statement
Founded in 1936 by local Lancaster County Sportsmen to better the environment for all to enjoy.
This will be carried over with the appointment of each new Board of Directors.
Please come by and watch the changes that are taking place to the grounds, building, and members.
Your help would be greatly appreciated as we refresh and rebuild all areas of the club!
Creating a positive environment for all future Sportsmen is our common goal.

TAKE PRIDE IN YOUR CLUB - WE DO! 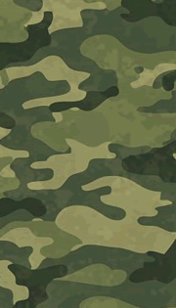